Our RAC secures up to 3 firearms and its mounting capability inside of vehicles, makes it a mobile solution that prevents "smash and grab" opportunities of firearms left inside vehicles. In vehicles, our RAC can be installed either in the trunk or within the vehicle compartment.

OAKLAND, Calif. — Family and friends of Aaron Pryor say they may never know exactly why the 16-year-old star football player, a lightning-fast running back, was killed in broad daylight on a Sunday in September in a driveway near his Oakland home. Video of the shooting viewed by family members shows an assailant, who has not been arrested, confronting the baby-faced teenager before firing more than a dozen rounds.

But his football coach, Joe Bates, does not hesitate in assigning blame. With school entirely online and football season canceled, the coronavirus shattered the young man’s life, Mr. Bates said. The mandatory 7 a.m. study halls for the team’s players, the daily three-hour practices, the Friday games that last late into the night — all of that was gone this fall. In a normal year, Mr. Pryor would have been on the field, not on the streets, the coach said.

“It was Covid that really killed this kid,” he said.

Like many American cities, where economies have been ravaged by the pandemic, Oakland has seen a surge in gun violence, including six killings of juveniles since June and a 40 percent increase in homicides over all. To the south, in Los Angeles, the picture is equally bloody, with the city on pace to have more than 300 homicides for the first time since 2009.

Beyond California, major cities from Minneapolis to Milwaukee to New York, and even smaller communities like Lubbock, Texas, and Lexington, Ky., are all confronting the same grim pattern, with some places, like Kansas City, Mo., and Indianapolis, setting records for the number of killings in a single year. Philadelphia, which was gripped by unrest this week after the police shooting of a Black man, is among the cities with the highest increase in homicides — its 404 killings this year are a more than 40 percent increase compared with the same period last year.

Criminologists studying the rise in the murder rate point to the effects the pandemic has had on everything from mental health to policing in a time of social distancing, with fewer officers able to perform the up-close-and-personal community outreach work that in normal times has helped mitigate violence. Experts also attribute the rise to increased gang violence and a spike in gun ownership, including among many first-time gun owners.

The epidemic of murder in America looms over the final days of a polarizing election campaign that President Trump has sought to frame as a referendum on law and order. His refrain has been constant: that cities run by Democrats have let crime get out of control.

But the data show that the waves of killings have afflicted Democrat- and Republican-run cities alike.

“The increase has had nothing to do with the political affiliation of your mayor,” said Richard Rosenfeld, a professor of criminology and criminal justice at the University of Missouri-St. Louis.

VOTING ON THE RISE
The coronavirus pandemic and new requirements in Republican-led states created voting obstacles for college students this year. Yet youth participation appears to be on the rise.

Dr. Rosenfeld has studied crime trends during the pandemic for the Council on Criminal Justice, a nonpartisan research organization, and found that homicides increased an average of 53 percent across 20 major American cities during the summer.

Jeff Asher, a crime analyst in New Orleans, said the rise in killings was hitting all corners of the country. He pointed out several Republican-led cities that have seen sharp upticks: Lubbock, which has seen 22 homicides, compared with nine in the same period last year; Lexington, where homicides are up 40 percent; and Miami, where homicides have risen nearly 30 percent.

“Because the stresses of the pandemic are everywhere, you are seeing this everywhere,” he said. (Mr. Asher has published some of his research in The New York Times.)

In Oakland, shootings are so common — and often involve dozens of rounds of ammunition sprayed down city blocks — that both the head of Oakland’s police union and the city’s interim police chief have compared it to a war zone.

For Guillermo Cespedes, the chief of the city’s Violence Prevention Department, Oakland now brings to mind another fraught region of the world: Honduras, El Salvador and other countries where gang violence is endemic.

“Right before Oakland I was working in Central America,” Chief Cespedes said. “And this feels more difficult.”

“I’ve been in this field 42 years and I’ve never lived through something like this,” he said.

Many of the tools that Chief Cespedes has deployed in his career, including meeting with victims’ families, comforting them and, crucially, trying to prevent retaliatory killings, have been dulled by the pandemic.

Chief Cespedes said he was working to understand why many of the same areas hit hardest by the coronavirus in Alameda County, which includes Oakland, were also seeing the highest levels of violence.

A study published this month by researchers at the University of California, Davis, estimated that 110,000 people in California bought guns this year because they were worried about the destabilizing effects of the pandemic. The number, based on a survey conducted over the summer, appears to be corroborated by the surge of firearm background checks this year, about 95,000 more than last year. And those are only the guns obtained through legal channels. Los Angeles has seen a 45 percent increase this year in the number of guns stolen from cars, some of which have later turned up in shootings.

At a recent virtual meeting of the Police Commission, Michel Moore, the chief of the Los Angeles Police Department, spoke about the “erosion” of the successes the city had reducing gun violence in recent years. He said homicides in central and south Los Angeles were up roughly 50 percent.

“We see a phenomena of more guns, more people carrying guns and disputes escalating into gun violence,” he told the commission. 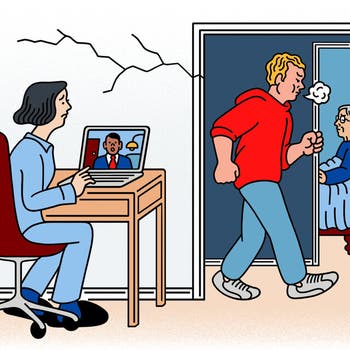 My Adult Son Moved In. It’s a Nightmare. Can I Kick Him Out? 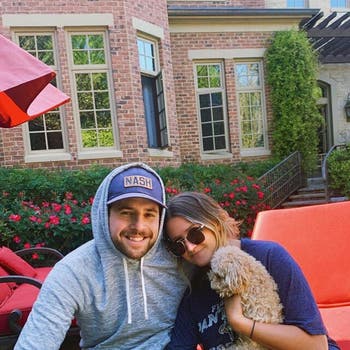 What Happened to Those Couples Who Quarantined Together?

‘We Don’t Have to Put Up With This’: A Candid Conversation About Bodies

He said the department was still analyzing the data to determine why there have been so many homicides, but he noted that it was a trend line across America, and likely exacerbated by the pandemic, which has affected community programs that have been credited with helping young people stay away from crime.

“These are particularly high-stress times,” said Prof. Nicole Kravitz-Wirtz, the lead author of the University of California study. “When you add a firearm into those situations it adds particularly fatal risk.”

Dr. Kravitz-Wirtz’s study says that by aggravating “poverty, unemployment, lack of resources, isolation, hopelessness and loss” the pandemic has “worsened many of the underlying conditions contributing to violence.”

Aside from the destabilizing effects of the pandemic, the widespread public criticism of the police that followed the killing of George Floyd in Minneapolis may have had an impact on the rise in violent crime, Dr. Rosenfeld said.

He noted that after the protests in Ferguson, Mo., in 2014, following the police shooting of Michael Brown, homicides similarly increased in American cities. Some analysts have called this the “Ferguson effect,” and have offered two explanations that may help explain the current rise in homicides: that police have pulled back from patrolling some neighborhoods, and that residents, particularly in communities of color, have stopped turning to the police out of a lack of trust, leading to more disputes being settled violently.

His research found that other categories of crime, such as residential burglaries, larceny and drug offenses, have declined during the pandemic.

In California and many other parts of the country, the surge in firepower has been a big part of the story, too. The state’s relatively strict gun laws limit the carrying of firearms in public and ban assault weapons, among many other restrictions. Those laws are circumvented by bringing in guns from neighboring states with more permissive gun laws.

Police officers in Oakland this year have seized 1,000 illegal weapons, a 37 percent increase from last year. Through a partnership with federal authorities the police department has traced many of these weapons to Utah, Nevada and Colorado.

Police have also seized illegal drums of ammunition that can fire as many as 100 rounds.

“The story is not just who’s getting killed and who’s getting shot, it’s the amount of amazing gunfire out there,” said Oakland’s interim police chief, Susan E. Manheimer.

Buildings and cars have been sprayed with bullets. Two rounds hit the home of one of the city’s police commissioners and pierced the dining rooms of families as they ate, Chief Manheimer said. And police officers have witnessed shootouts where dozens of rounds were fired. “I mean running gun battles,” she said.

At Mr. Pryor’s funeral, held at a beige-peach stucco church on a hot Saturday afternoon, a pastor, Mustafa Muhyee, spoke of the boy’s athletic promise and his leadership.

“When you have to bury your children you are burying your future,” he said.

The boy’s father, Taijuan, was hysterical with grief, sobbing as his friends and brother helped him walk to the church courtyard.

Mr. Pryor collected himself and stood before his son’s teammates. Would they survive their teenage years, he asked them. Would they live to be 40?

Thomas Fuller is the San Francisco bureau chief. He has spent the past two decades in postings abroad for The Times and the International Herald Tribune in Europe and, most recently, in Southeast Asia. @thomasfullerNYT • Facebook

Tim Arango is a Los Angeles correspondent. Before moving to California, he spent seven years as Baghdad bureau chief and also reported on Turkey. He joined The Times in 2007 as a media reporter. @tarangoNYT

A version of this article appears in print on Oct. 30, 2020, Section A, Page 10 of the New York edition with the headline: Rise in Murders Is Tied To Covid, Experts Say. Order Reprints | Today’s Paper | Subscribe